220 pounds: Semifinal recap - Jacob yet to surrender a point with Casale on deck in finals
https://www.nj.com/highschoolsports/2020/03/220-pounds-semifinal-recap-jacob-yet-to-surrender-a-point-with-casale-on-deck-in-finals.html 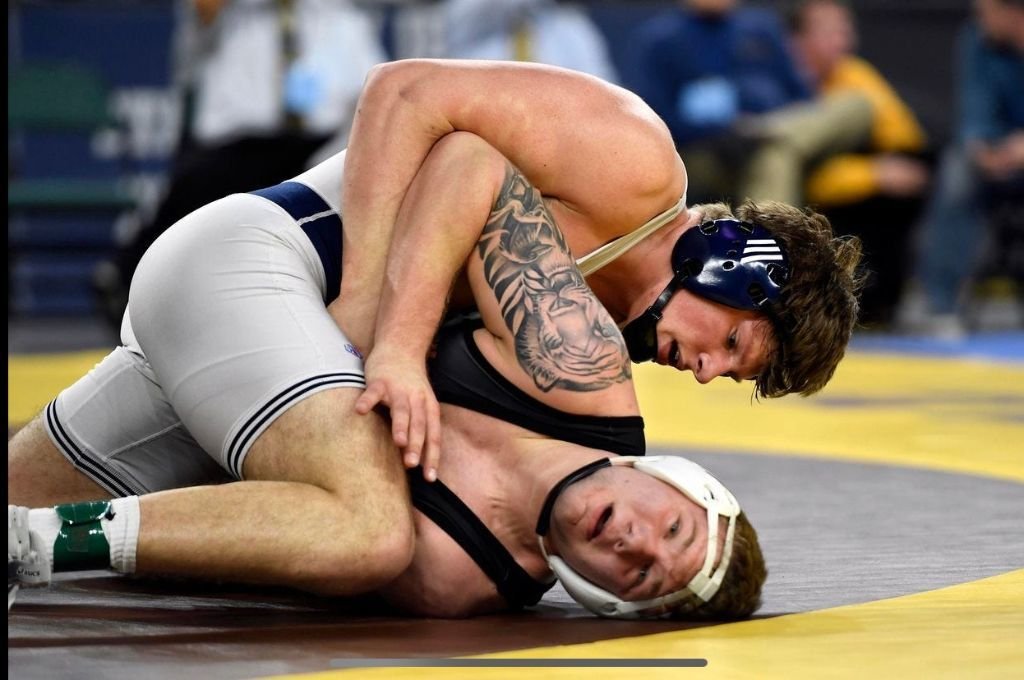 Updated Mar 06, 2020; Posted Mar 06, 2020
NJSIAA State Wrestling Championships, Quarters and Semis - 220
By Ryan Patti | NJ Advance Media for NJ.com
It will be a battle of North Jersey standouts in the NJSIAA/Rothman Orthopaedics State Wrestling Individual Championships 220-pound title at Boardwalk Hall in Atlantic City.
Top-seeded Paramus senior Kyle Jacob and Delbarton second-seeded sophomore P.J. Casale are set to meet in Saturday’s finale, which will be the second-to-last bout of the weekend and a fitting ending for the top two grapplers in the bracket. It also could spell an unprecedented achievement for Jacob, who has yet to allow a point in his four bouts.
Jacob has credited his dominance to the work that was done in the wrestling room, which has led to a District 5 championship, Region 2 championship and 43-1 record this winter.
“I knew that working hard throughout the season and taking it match by match would send me to the finals this year,” he said. “I’m using my explosiveness and quickness and getting to my leg attacks well. I’m finishing strong on top and when I’m on bottom, I’m being smart.”
The 2019 second-place state finisher won by major decision (9-0) over Pitman fourth-seeded senior Zane Coles, who entered the bout at 41-0. Jacob tipped his cap to Coles and found a bit of trouble when he was on top.
“He was a strong kid,” he said. “It’s tiring when you have a strong kid on bottom and you’re trying to get his wrists and push forward. I treated him like how I treat every kid on the mat. I just wrestle my hardest.”
Jacob will come into his final bout as a Spartan like he has most of his career – as the favorite.
He refuses to take anything for granted, though, and he’s bracing for Casale’s strategy on the mat knowing how prepared he will be.
“Delbarton is one of the best programs in the state and a top program in the country,” he said. “P.J. is a great wrestler and he’s technical for a young kid, so he’s going to be tough to wrestle.”
Buy these 2020 Wrestling Championships photos: We offer reprints in a variety of sizes. Open the gallery above and select “BUY IMAGE” to purchase yours now.Casale ended the night out of gas following his 9-2 decision win over St. Joseph (Mont.) sixth-seeded junior Michael Toranzo, but thinks he has the right mental state heading into Saturday’s action.
“I’m a little tired, but I feel accomplished and excited already for the finals,” he said. “I’ll probably go home, eat good, get a good night’s rest, and probably not talk or think about wrestling until tomorrow though.”
Toranzo is a familiar face for Casale as the two grappled in 2019 at the Beast of the East tournament in Delaware. Casale has had respect for him for quite some time and saw improvement in his skill set since they last crossed paths.
“Mike’s a great kid and I’ve known him since I was little because we used to train with each other,” he said. “We actually stopped this year since we felt like we would compete against each other. I’m happy for him that he got this far and he’s obviously a tough opponent every time I wrestle him. He’s stronger and he has some great fakes. I had to set him up because he moves so well for a 220.”
Casale learned a few lessons during his first trip to ‘America’s Playground’ last March. He sees his mental state making a big impact on his final bout of the year.
“Last year I had a freshman mentality and I thought that since I was so young, it didn’t matter if I won or not,” he said. “Now, I feel like I can beat anyone in the weight. I know Kyle is a good wrestler and I’m going to have to wrestle tough.” 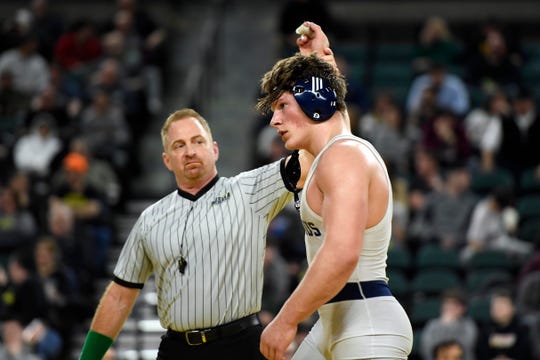